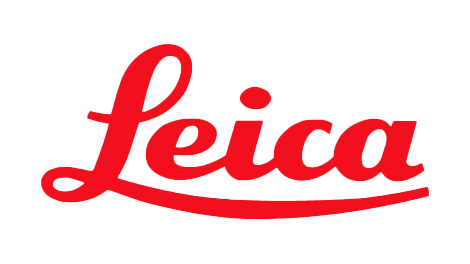 Use reward points to get money off future purchases.

Please note: Customers must be signed into their account to be elegible. Find out more about reward points here.

Found this product cheaper & in stock somewhere else? Give us the details and we'll endeavour to match the price.

We offer FREE standard delivery on all orders over £99, with a range of next-day options also available on many items.

Find out more on our delivery information page.

We want our customers to be fully satisfied with the goods they purchase from us, offering returns for up to 60 days.

Need Some Help From Our Experts?

We're always happy to offer help, information & advice to find the right instrument for you, so please get in touch.

The principal instrument of the Leica Pro Package is the Leica DISTO S910 Laser Distance Meter. The instrument is an incredibly advanced meter with a certified maximum measuring distance of 300m in good conditions and 150m in poor conditions. Accuracy stands at ±1mm or ±2mm, once again depending on conditions.

The Leica DISTO S910 streamlines the surveying process by virtue of its automatic point-to-point (P2P) technology which calculates the distance between two points - for example the length of a building’s roof - once the user has picked them out. The same process can be used to acquire readings for area and angles, including outside angles, so the meter meets all surveying needs from just one point.

P2P measurement is made possible by the Leica DISTO S910’s Smart Base. This is a biaxial pivot integrated with the circuit board which allows minute adjustments of the angle and works with a 360˚ tilt sensor and advanced software to calculate distance, angle and area. Fine adjustments are also aided by the meter’s point finder function whereby the exact measurement point is displayed on the touch screen with up to 4x zoom.

Further improvements in efficiency can be made thanks to the Leica DISTO S910’s wireless communication capabilities. A WLAN network allows real-time data points to be transferred to a computer alongside pictures whilst Bluetooth connectivity allows the user to send information to a tablet or smartphone with the Leica DISTO App. It is also possible to save data as a floor plan, wall plan or 3D model in a DXF file.

In addition to an advanced laser distance meter, the Pro Package also features an FTA 360-S Tripod Adaptor. This adaptor fits the S910 and is an ideal accessory because it allows the user to make tiny adjustments of the angle of the meter. The micro-adjustable knobs can be turned in order to make point measurements absolutely spot on, especially useful when measuring over large distances.

A TRI70 Tripod is also included. This 70cm tripod with telescopic legs will keep the distance meter stationary during surveys and folds up neatly for easy transportation. A target plate helps safeguard accuracy by measuring corners, curves and flat surfaces. Everything can be packed away into the handy supplied carry case for easy transport. Leica provide a three-year warranty at no extra cost if the product is registered online.

What's In The Box?