What did we Learn from the UK’s August Power Cut? 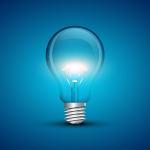 On 9th August, Britain experienced one of the biggest power cuts in a decade as over 1,000,000 people were left without power across England and Wales. As well as thousands of homes going without power, the blackout also had a massive disruptive effect on transport with problems on the rail network and at Newcastle airport in addition to disruption for community facilities and businesses. But what lessons can be taken from the outage?

What Caused the Power Cut?

In the immediate aftermath of the outage, speculation mounted that a malicious cyber attack was responsible but the real culprits emerged soon afterwards. The gas-fired Little Barton power station in Cambridgeshire and large Hornsea wind farm in the North Sea failed within two minutes of one another which caused a drop in the frequency to below 49Hz. This in turn triggered protective measures that cut the supply to certain sections of the national grid as falls in frequency can lead to long-term damage to electricity infrastructure.

Is Wind to Blame?

The failure of the Hornsea offshore windfarm was widely noted as one of the two key factors in the power cut and led to questions about the UK’s reliance on wind power, particularly as that single farm provides enough electricity for more than 1.8 million homes. Strong winds on the North Sea that day led to questions about wind turbines’ viability as a principal energy source.

Wind currently supplies around 15% of British electricity and that is set to grow as ageing gas and coal generators are switched off in order to meet legal carbon emission targets. Experts claim that wind generators are no more or less likely to disconnect than traditional supplies and the Hornsea failure was brought about by a transmission problem as the turbines were still moving.

Although wind might not have been the single major contributor to the 9th August blackout, wind power does have certain inherent problems that have made management of the grid more difficult. Managing the grid is all about frequency and how this is maintained. Frequency drops as demand rises unless more generators are plugged into the grid or the existing generators work harder. Keeping the lights on is all about ensuring that supply meets demand without switching on too many generators and raising the frequency unnecessarily.

The problem with wind power is its inherent unreliability. When the wind doesn’t blow, no electricity is produced and this means that it cannot reliably be used as a so-called shock absorber, designed to be used when demand rises or generation drops, provoking a subsequent drop in frequency from the standard UK range of 50Hz to 60Hz. This is typically when demand rises during cold working days or extreme weather knocks out generators. Wind may also blow through the night when extra capacity is not needed which causes an additional headache.

National Grid claim to have systems in place to deal with the increased use of renewables but whether this is enough to negate the intermittent nature of supply remains to be seen.

A main point of the government and National Grid’s response to the August power cut has been the improbability of two key generators failing almost simultaneously, with just two minutes in between the two failures. However, despite the rarity of the event, it has raised questions about the UK’s generation capacity when the failure of just two generators can cause such widespread disruption.

The gap between peak supply and peak demand has been steadily closing over the past thirty years and August’s events showed the problems when the National Grid is sailing close to the wind. Brexit may also shut off emergency supplies from France so authorities appear to be running out of safety nets, especially as electric vehicles are expected to increase demand in the coming years.

Changes for the Future

One of the positives to come out of the power cut has been proof that National Grid’s safety measures kick in when required. An ongoing review from the company has promised to investigate whether supply shut offs can be adjusted to have less of an impact. More worryingly, a diesel generator failure at Ipswich hospital, problems restarting electric trains and auxiliary battery failures on telephone masts have all raised concerns that our auxiliary systems are not fit for purpose. The challenge for the Grid will be to try and rethink its safety measures whilst the challenge for other infrastructure providers will be to make sure that auxiliary supplies are properly maintained and adequate.