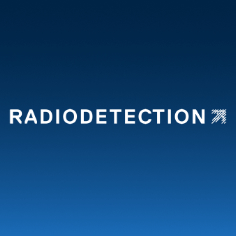 Since the 1970’s, Radiodetection has pioneered the development of cable avoidance technology, creating a series of rugged and reliable instruments capable of accurately detecting underground infrastructure. The C.A.T (cable avoidance tool) series remains one of Radiodetection’s most popular product lines, sporting a wide range of models with a variety of features.

Based on customer feedback and in the interest of streamlining this product range, Radiodetection has made the decision to reduce the current C.A.T4 series from a roster of 6 models, to a more a refined selection of just 3 models. In doing this, Radiodetection has retained all of the functionality and features within the line while ensuring the customer purchasing decision is made simpler.

This renewed product range will be comprised of the C.A.T4, C.A.T4+ and gC.A.T4+, now including StrikeAlert as a standard feature. As discontinued products, the eC.A.T4, eC.A.T4+ and gC.A.T4 have been removed from this range, however all of their functionality can be found within the retained gC.A.T4+ as standard.

Below, we have included a features comparison chart intended to help you make the correct choice when choosing a C.A.T4 model from the updated range, which can be viewed here. If you need any further assistance, don’t hesitate to contact us at 0113 248 9966 or sales@test-meter.co.uk.