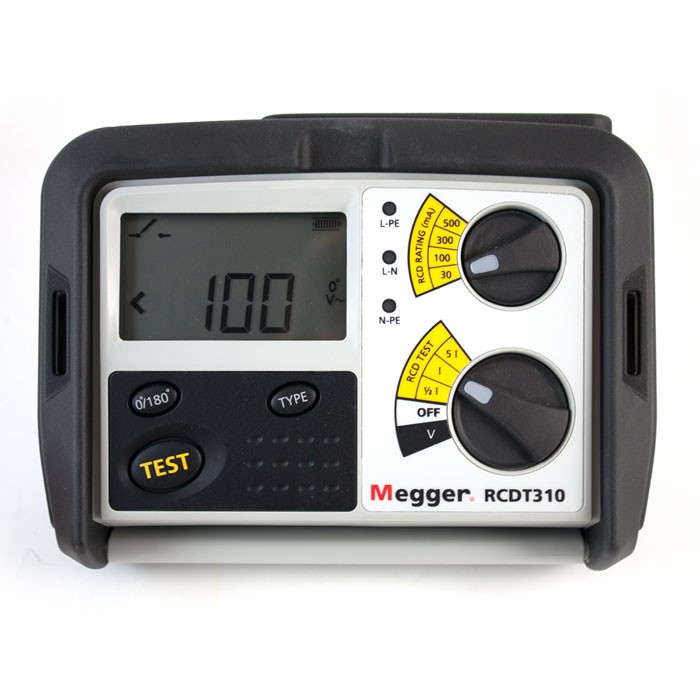 We stock RCD testers from Megger, Kewtech and Martindale. This range of handheld testers offers RCD testing in accordance with the latest wiring regulations with features including ramp testing, automatic testing and results storage.

We stock RCD testers from Megger, Kewtech, Socket & See and Chauvin Arnoux. Our range of handheld testers will carry out the required tests in accordance with BS7671. The instruments offer tests including ramp testing, fully automatic testing, and manual testing where required. Some models also store and download test results.

Residual Current Devices (RCD’s) are more and more frequent in the increasingly safety conscious electrical installation industry. Designed to trip within thousandths of a second under fault currents as small as 5mA, RCD’s are installed to prevent the risk of electrocution and fire in in the event of an electrical fault.

Most RCD’s feature a mechanical trip button which a user is advised to press every quarter of a year. Although this will prove the RCD is working mechanically, a contractor needs to know how quickly the RCD operates under different fault conditions to meet the trip times specified in the BS7671 Wiring Regulations.

We stock a wide range of residual current device testers including Megger, Kewtech, Socket and See and Martindale. Some RCD testers or analysers offer the ability to conduct an automatic RCD test which enables the engineer to perform all six RCD tests at once. Simply leave the tester connected to the circuit under test and reset the RCD after each test in one trip, rather than resetting and testing in sequence.