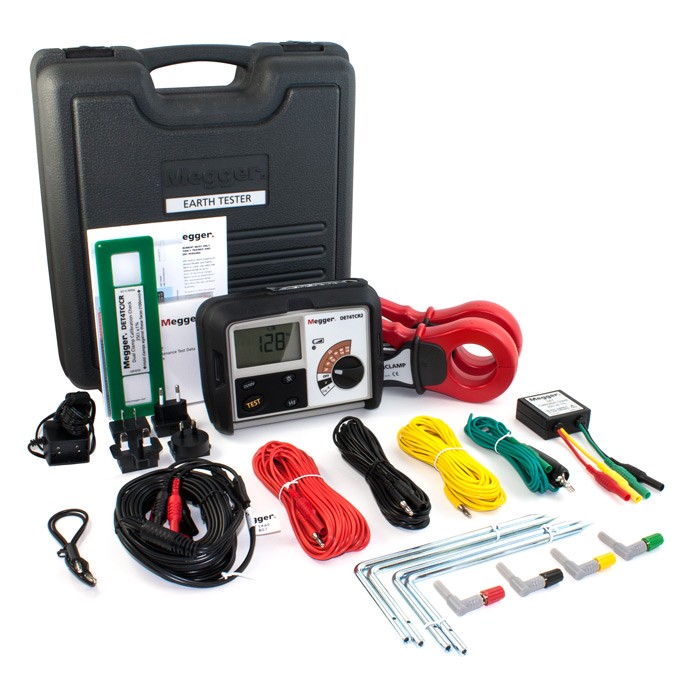 This range of earth testers provides both stakeless testing and attached rod technique capabilities for ensuring that an effective earth grounding system is in place.
(37 Products)
Filter
Shopping Options
Price
£ to
Manufacturer

Ensuring that an effective earth grounding systems is in place is essential to both the safety and performance of an electrical system. This range of earth testers provides both stakeless testing and attached rod technique capabilities for testing a range of grounding systems including residential, lightning protection and communication.

Ensuring that effective earthing and grounding systems are in place is essential to both the safety and performance of an electrical system. Our range of earth testers provide stakeless testing, attached rod technique (ART) and traditional earth electrode testing methods, suitable for a range of earthing systems found in residential, lightning protection and utility systems.

Whereas an external earth loop impedance reading (Ze) can be ascertained for both TN systems, an RA value is the preferred method for a TT system as the result will be more accurate and far less susceptible to electrical noise; RA values are obtained using an earth resistance tester.

There are a variety of accessories available for the different types of earth testers that will expand the overall testing capabilities of the instrument. These include earth spikes, cable reels and attachable optional clamps for stakeless measurements.