Smart Meters: What is the State of the UK Rollout? 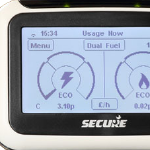 Energy suppliers are obliged by Ofgem to take all reasonable steps possible to have a smart meter installed in the premises of all their domestic and small business customers by the end of 20201. The benefits of smart meters from both a consumer and environmental point of view have been loudly trumpeted in press releases and advertisements, but significant doubts remain and the 2020 deadline looks more and more optimistic when set against the facts. So where is the UK’s smart meter project?

According to the latest statistics from the Department for Business, Energy and Industrial Strategy, there were a total of 6,611,882 smart gas meters and 8,707,338 smart electricity meters in the UK at the end of the first quarter of 20192.

However, the UK has approximately 27,000,000 households3, many of which will need both a gas and electricity meter. Therefore, at the current rate, the target will not be hit until the late 2020s despite the major publicity campaign surrounding the new meters. In fact, only just over 25% of meters in domestic and small business premises are smart4, even though most of the ‘main installation stage’ has already elapsed.

What are the obstacles?

Much has been made of energy suppliers lagging behind the government’s official targets, but some critics of the scheme have suggested that suppliers should never have been saddled with the responsibility in the first place5. It is argued that gas and electricity network operators would have been better positioned to execute the rollout as they already had the required infrastructure.

Similarly, the target itself has been described as too ambitious, particularly as it outstrips the EU-wide vision for 80% of homes to have a smart meter by 20205. Wider problems such as a lack of trained technicians and widespread customer apathy have also hindered progress.

The benefits of smart meters are very clear. Firstly, from a consumer point of view, they will bring an end to estimated bills as they feed usage information in real time to the energy supplier. There is also therefore no need for customers to manually enter meter readings or for workers to come and check the meter1.

Furthermore, the digital screens supplied with the meter will clearly show customers their energy usage in monetary terms, thus allowing consumers to make numerous small changes to lower their consumption and reduce demand. There will also eventually be the opportunity to move usage to evenings and weekends when demand is lower and benefit from a discount6, which will be particularly useful for overnight charging of electric vehicles.

From a supplier point of view, instant reporting will help save staffing costs after the expensive initial installation phase and should lessen disputes with customers over estimated bills. The government, meanwhile, will be able to see more detailed, accurate statistics on energy usage in order to better inform future policy.

The universal benefits of smart meters have been brought into more and more doubt as the rollout has continued. Firstly, concerns over poor installation and incorrect billing have left many customers out of pocket and battling energy companies over inflated bills. Aside from these problems, a committee of MPs also stated in July 2018 that annual savings will be cut by just £11 and warned that the costs of the programme may eventually outweigh the benefits7.

A third major concern is the fact that the vast majority of installed smart meters are first generation SMETS1 models4 that often ‘go dumb’ when consumers switch suppliers and revert to metering in the traditional fashion. These meters are also largely incapable of the sophisticated variable rate charging that is required for getting cheaper overnight or weekend tariffs7, meaning that an extensive remote software update or even further installations of second-generation meters. The government, however, insists that the rollout paves the way for ongoing success.