Is an Increase in Green Energy Usage Keeping Electricians Safer? 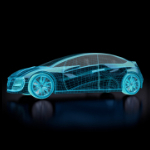 The 1st of January 2019 was a significant date on the electrical calendar, it was the day we at last saw the implementation of the 18th Edition of the IET wiring regulations. First introduced in July 2018, changes were made across the board as chapters were redesigned, rewritten or indeed introduced for the very first time. Definitions were altered, the scope was extended, and a declaration was made concerning only using the approved parts. Beyond these amendments however, perhaps the most important difference was the emphasis placed both directly and indirectly on green energy. Michael Kenyon, Technical Manager at Bureau Veritas would attempt to explain the reason behind this:

For the first time since the Industrial Revolution, Britain is obtaining more electric power from zero-carbon sources than from fossil fuels, spurring the switch to electric technology in everything from transport to heating and other industries. (Kenyon, 2019)

Compelled by such change, the 18th edition brought with it new safety features as a way of compensating for the ongoing change in global thinking. Features such as a brand-new appendix concerning energy efficiency, Arc Fault Detection Devices (AFDDs) rules which stipulated testing similar to RCDs, and overvoltage protection made mandatory in certain circumstances. The IET wiring regulations exist as a means to keep electricians safe, but would these changes be enough for a system where electricity had permeated even further throughout everyday life? Now, one year on, it's possible to extrapolate just how much the ongoing switch to a greener electrical infrastructure not only shaped the 18th edition, but through sheer necessity raised safety standards as a whole within an array of industries.

EVSE and the Electrical Revolution

In order to gain insight into the effect the 18th edition has had on user safety, we need to focus our attention on an area of the electrical sector which is currently experiencing phenomenal growth, Electric Vehicle Charging Stations (EVSE). For those few considering EV as a simple flash in the pan fad, be prepared to think again as the government announced a “£400 million fund to help develop rapid charging infrastructure points for electric vehicles” (www.gov.uk, 2019)

As these charging points become more and more prevalent in our society, the chance of an electrician being called upon to interact with one of these sophisticated devices becomes more and more likely. It’s inevitable, unavoidable and thanks to the 18th edition, becoming increasingly safer. As an aside, there are indeed already several high-end multifunction testers on the market, built precisely to test EVSEs in compliance with the 18th edition regulations. Make sure to check out:

But what exactly are these testers, well, testing? How is it that this emphasis on greener technology is improving safety regulations for us all? It all relates to the increased amount of environmentally conscious operating systems we now interact with regularly in our daily lives, systems and devices with an emphasis on electricity rather than fossil fuels. The spotlight of the IET editions has always been firmly fixed on user safety, but now the need for enhanced testing and improved regulations is increased exponentially. Individual components within the EVSEs for example, require rigorous scrutiny, components such as RCDs.

A Safer System with RCDs and SPDs

RCDs, or residual current devices, offer a level of personal protection which regular fuses and circuit-breakers simply cannot compete with. Should you accidentally touch an exposed live wire, it’s the RCD’s job to save your life and needless to say, with the ever-expanding number of EV charging stations, this is indeed an important feature to test:

The application and grounding of RCDs within such installations actually paved the way for the creation of the Code of Practice for Electric Vehicle Charging Equipment Stations, which is already on the cusp of a fourth edition. Today, there is clearer guidance on the different types or classifications of RCDs and more importantly how to test them. Installers may even become accredited by the Office for Low Emission Vehicles (OLEV). Notably, being accredited by OLEV provides an access to government grants such as the Workplace Charging Scheme (WCS) and Electric Vehicle Homecharge Scheme (EVHS). The regulation of such an important safety function is now at the forefront of the public consciousness and the focus of government grants and codes of practice, all thanks to the switch to greener energy. Dedicated RCD testers are only growing in prominence, a great example is the Metrel MI3152 XC.

However, RCDs are not the only component worth mentioning here, the 18th edition also sets out to champion the usage of surge protection devices (SPD).

Within the 17th Edition of the Wiring Regulations, the requirements of surge protection were determined through risk assessment methods. Now, overvoltage protection is required in certain circumstances. For example, where there is risk of serious injury or of loss of life, where many co-located people are affected, where there is an interruption to public services, or commercial / industrial activity.
(Electrium.co.uk, 2019)

Overvoltage protection, also known as surge protection devices, now feature prominently in the 18th edition of IET regulations. Calling for them to be installed within hospitals, commercial areas and historical buildings. Going beyond the safety of electricians, the guidance introduced here aims to preserve lives as well as our cultural heritage. While it is indeed fair to say that SPDs aren’t a new technology, never before have they been as widely advocated, with more complex risk assessments and accreditation bodies being readily available. For further information on the subject, read our blog Understanding Surge Protection Devices (SPDs):

In terms of SPDs, they serve to prevent damage to all parts of an electrical installation and attached appliances (…) damage such as burned components, degraded insulation and even melted wires.
(Joe Bishop, 2019)

The IET 18th edition is “the first edition of wiring regulations to have a dedicated focus on energy efficiency” (Kenyon, 2019) and that is due to the massive boom in green electricity. It’s a simple equation; the more electricity we use in an effort to save our environment, the more safety conscious we have to become. EVSEs are only the beginning of this revolution and even they are closer than most people think. Initial deadlines are already thought to be too far in the future, with the government promising full saturation, that “new vehicles are effectively zero emission as soon as possible” (Res-ev.co.uk) and it is likely to happen within the next generation. Planning is already underway in an attempt to move the fulfilment of this promise from 2040 to an even earlier 2032. Whatever happens, in less than 20 years all new cars produced in the UK are set to be electric, a truly monumental shift in our infrastructure. But that is a good thing, not just for the planet but for the individual electricians working within the new systems. Our safety regulations and guidelines are going to need to keep pace, and not just concerning EVSEs. For example, electrical fire safety standards, of which SPDs and RCDs also play a part, is furthered by the 18th edition as it calls for fitting of Arc Fault Detection Devices (AFDD) in all new installations.

If we are to see eight million drivers make the jump to EVs in the next five years, we must begin to reinforce our infrastructure now to cope with demand. 2020 will be a pivotal year in ensuring charging infrastructure is up to scratch to meet user expectations, both in terms of charging speed and overall system reliability.
(Hughes, 2019)

The answer to the question, is an increase in green energy usage keeping electricians safer, is thankfully a resounding yes. We here at Test-Meter.co.uk are extremely happy to provide the tools and testers which operate in compliance with the 18th edition, making sure our electricians are not only safe but ready for the future.

Electrium: Key Changes From the 18th Edition That You Need To Know (2019)

Gov.UK: Over £500m New Investment In Green Technologies For A Cleaner And Healthier Future (2019)

Res-Ev: When Will The New Petrol And Diesel Ban Start